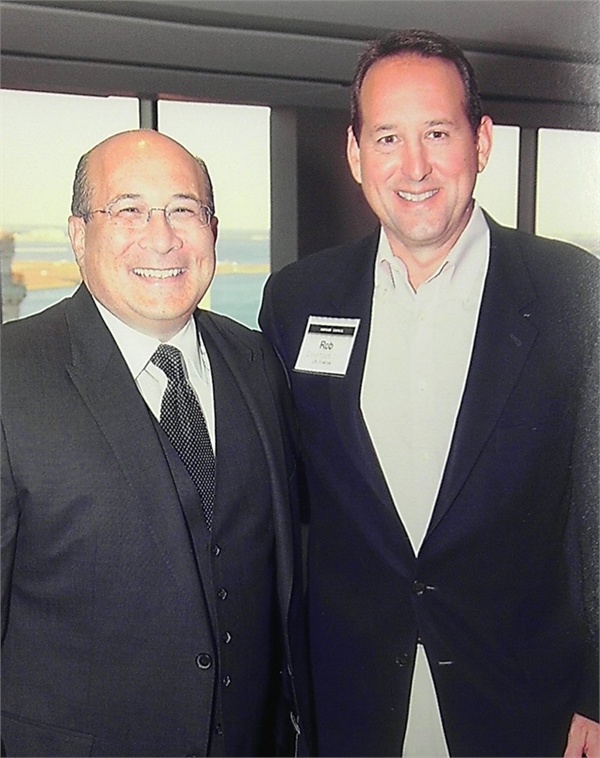 Our CEO, Rob Davenport, recently spent several days in Boston for a Fidelity Advisors due diligence meeting held at the fabulous Four Seasons Hotel.  There were 11 sessions that were hosted by a mix of top Fidelity portfolio managers, along with panel discussions on the economy and overall market.  The highlight of the event was the dinner at the Stateroom, a restaurant overlooking the Boston Harbor.  The guest speaker was Ron Insana, award winning journalist, author of several well known books, and the senior analyst and commentator for CNBC.  According to Ron's Twitter account he is self described as "  a contributor to CNBC, a public speaker, a mediocre drummer, short, fat, aging, and bald.  Oh, and I can't dance."

Thanks to Fidelity for hosting the event and for including Rob.